Drawing on the studio’s multidisciplinary background in architecture and lighting, Cinimod applied new design and fabrication techniques to reimagine the original Butterfly In Flight (which can now be found in a dozen Itsu stores across London). The new design was engineered to create a floating and twisting sculptural form that has a significant visible presence within the cavernous Terminal 5 building.

Butterfly In Flight was a product of the studio’s ongoing research which explores the idea of design in four dimensions. Capturing cinematic motion within physical design, this fascination was symbolised by the motion of a butterfly through various different projects.

The key components which made up the installation were the aluminium supporting structure, the light emitting polycarbonate wings, and the custom lighting system. The structure consisted of a modular construction that, when assembled, formed a three-dimensionally curving tube, thus forming the twisting spike onto which the illuminated wings were fixed.

A high density LED strip was inlaid within each wing, emitting light through the clear polycarbonate with a dichroic coating to one side. Individual control meant a series of programs, that varied throughout the day, animated the lighting to articulate the dynamic motion instilled within the design. The overall result was that the wings appeared to have a crystalline and delicate appearance, with an iridescent colour that shifted as one depending on the viewers’ vantage point.

Planning and prototyping was crucial to the success of the project. The design process involved close consultation with BAA, where design decisions were made based on some of the most stringent UK airport regulations. In an incredible feat of materials research, engineering, fabrication and project management, the final sculptural Butterfly In Flight was installed onsite in just two night, following which it soared 6 metres above the Itsu kiosk below. 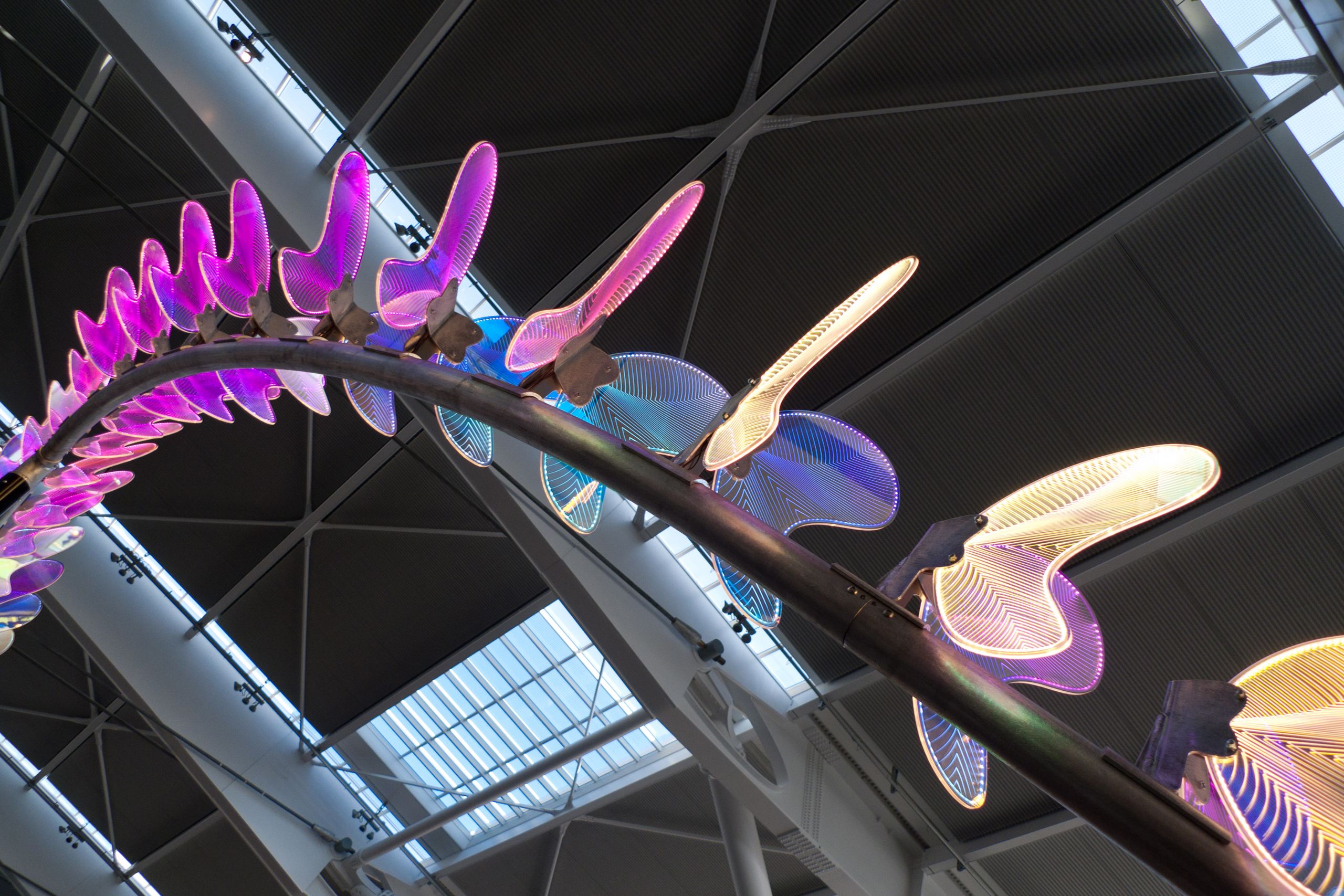 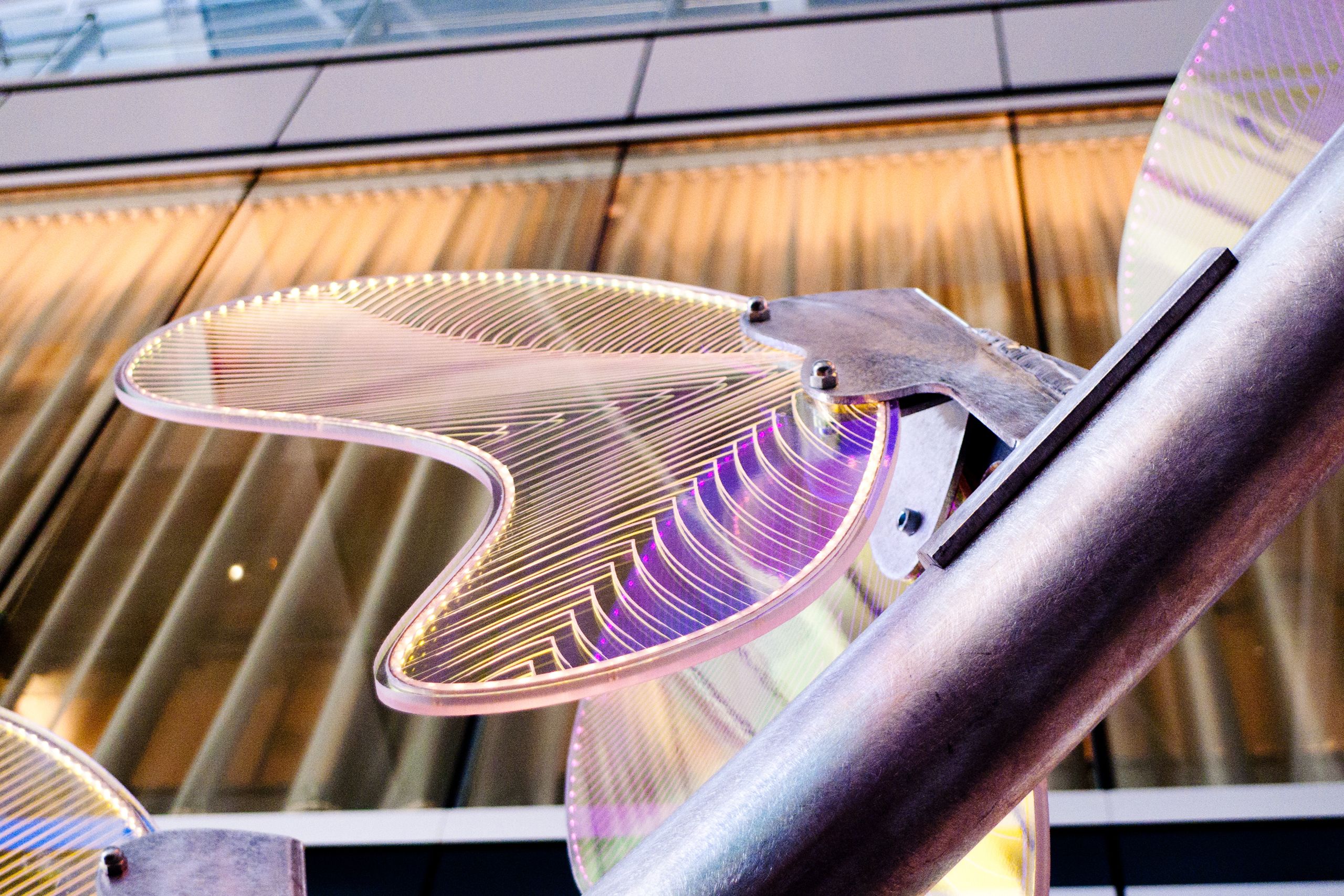 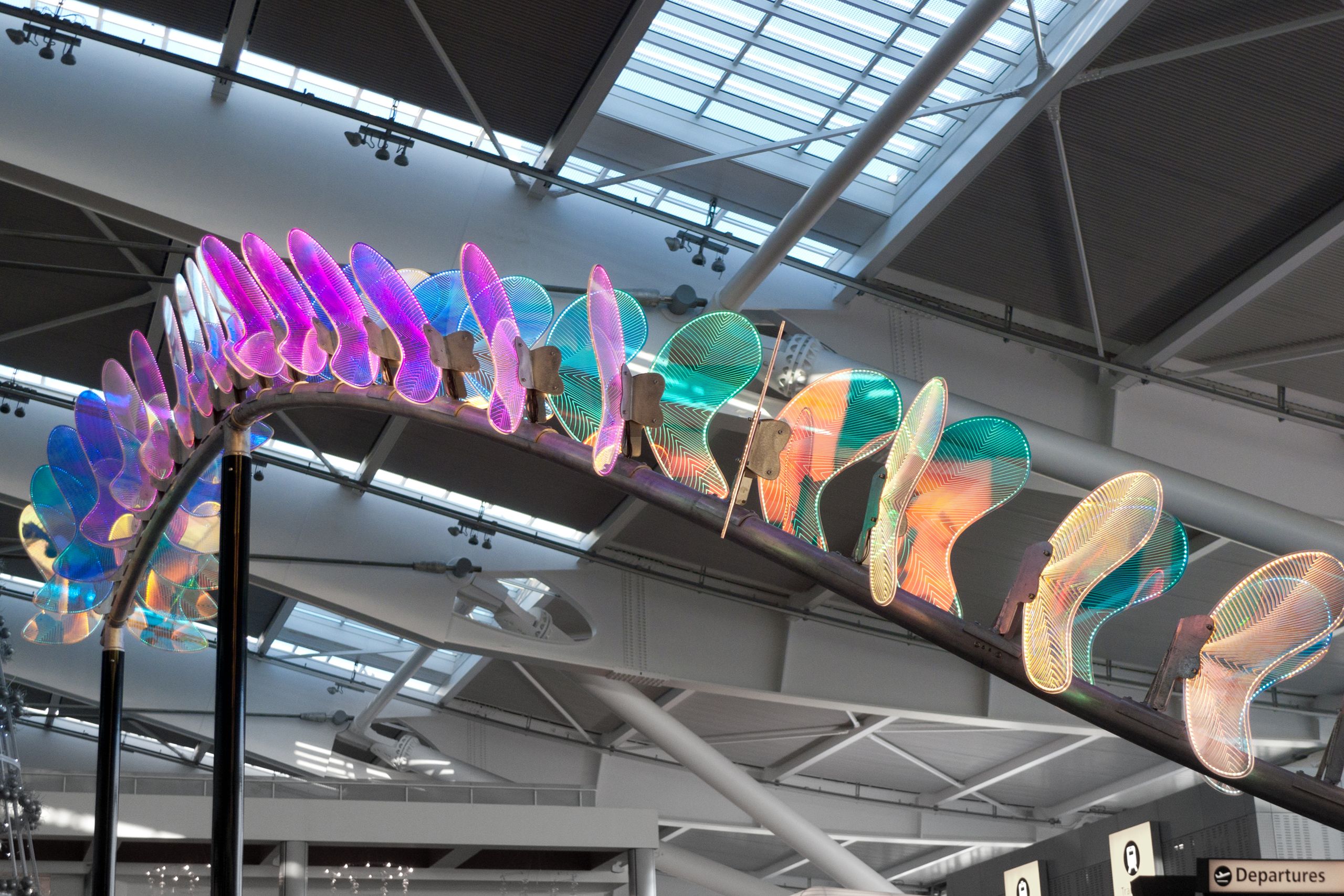 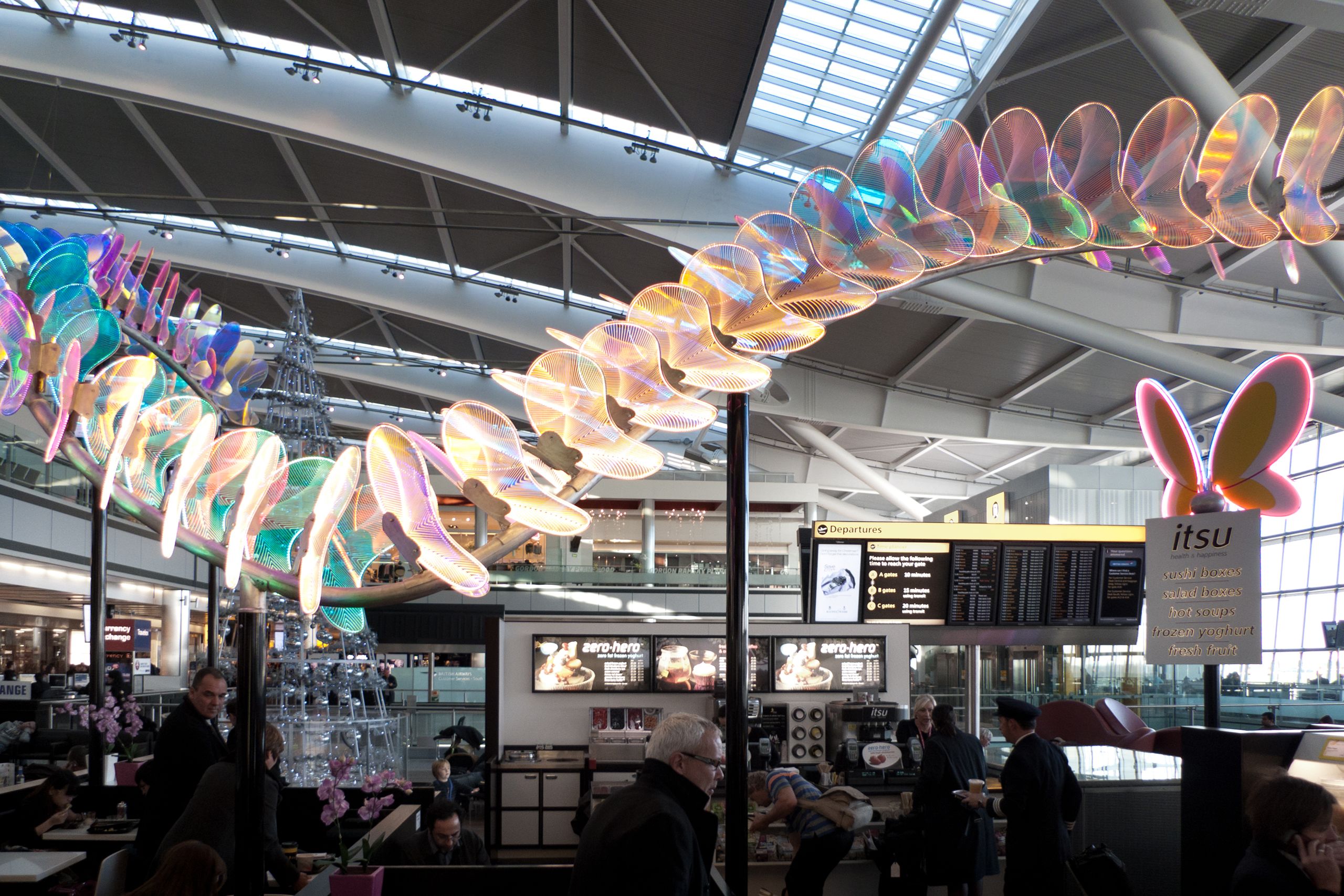 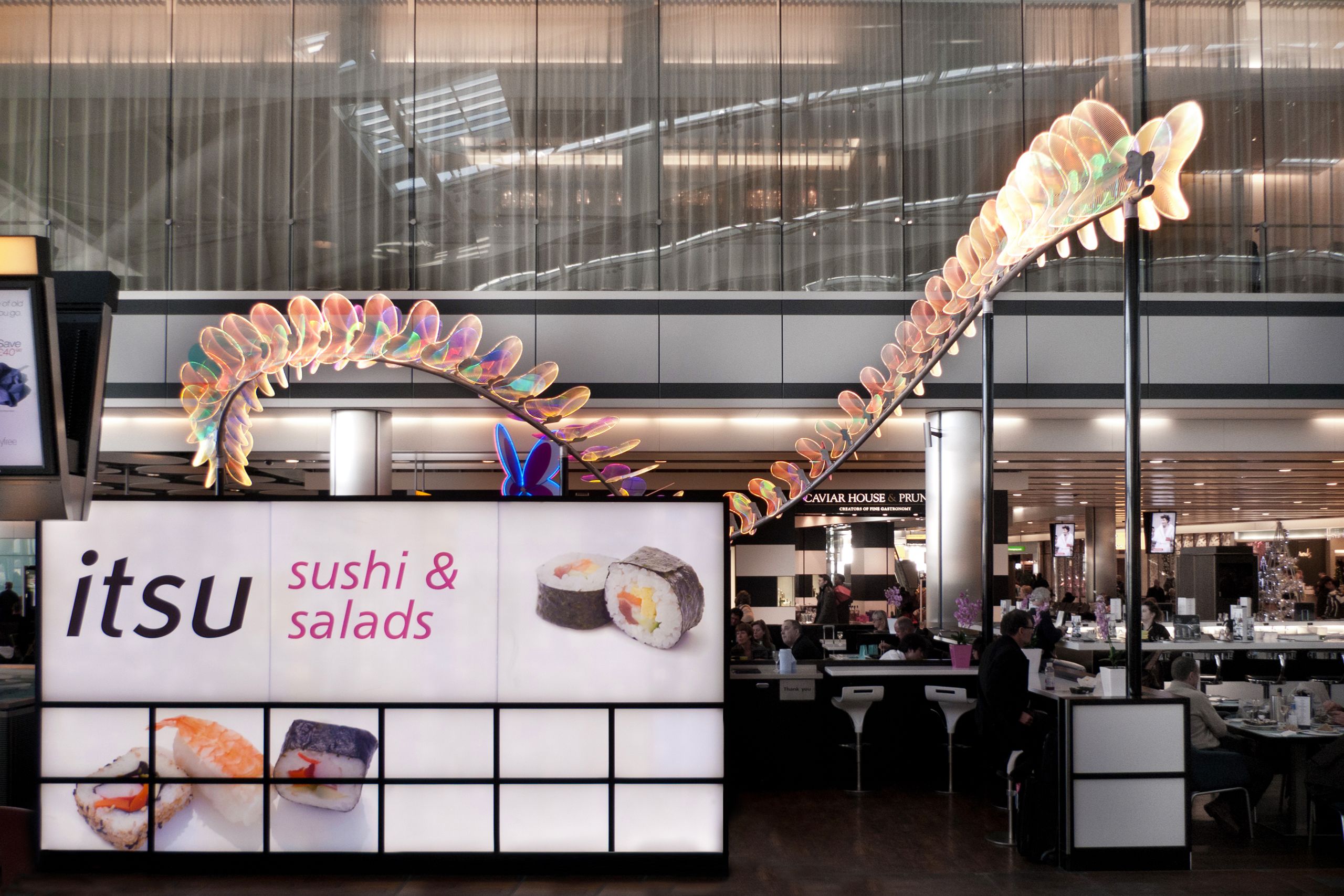 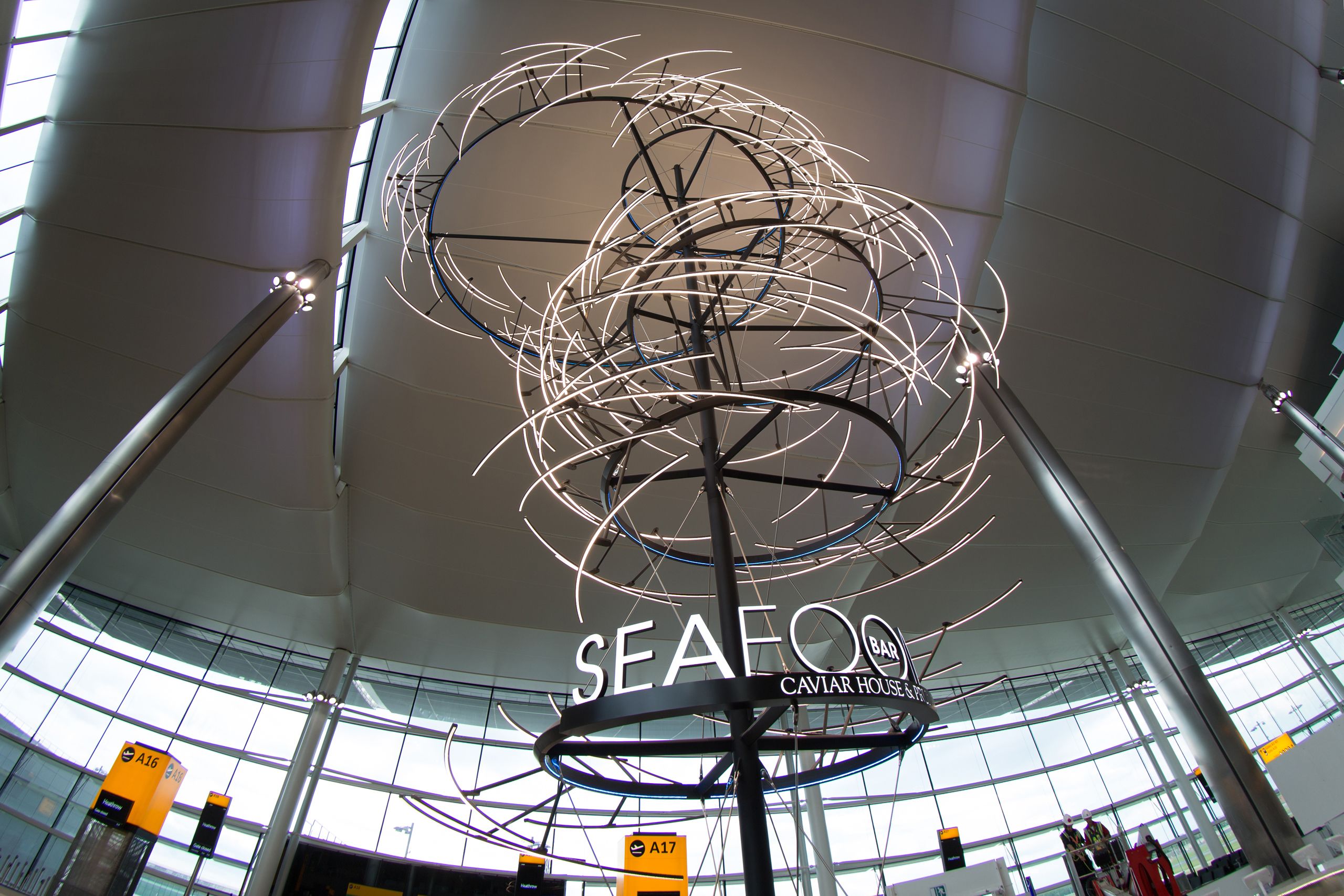 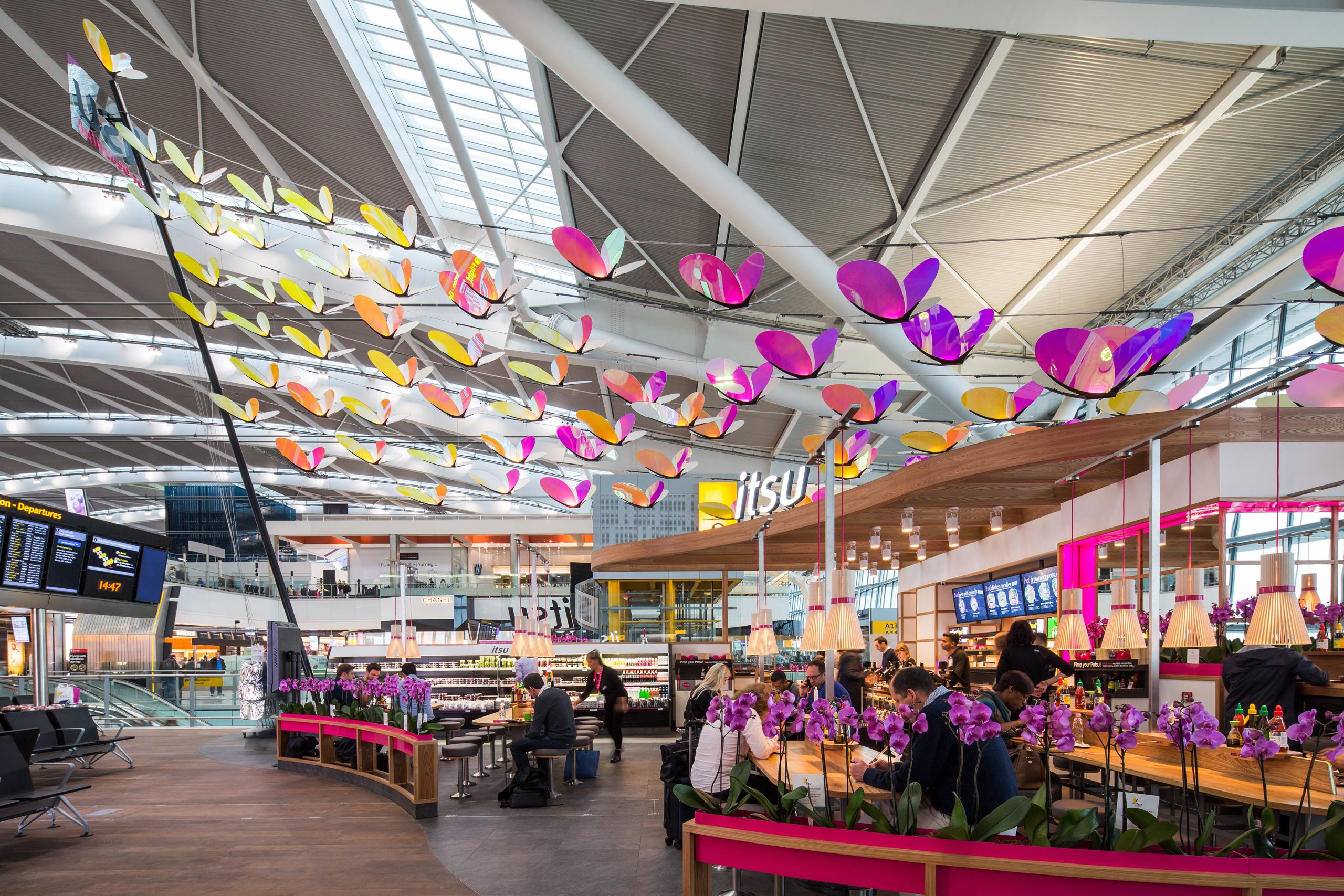 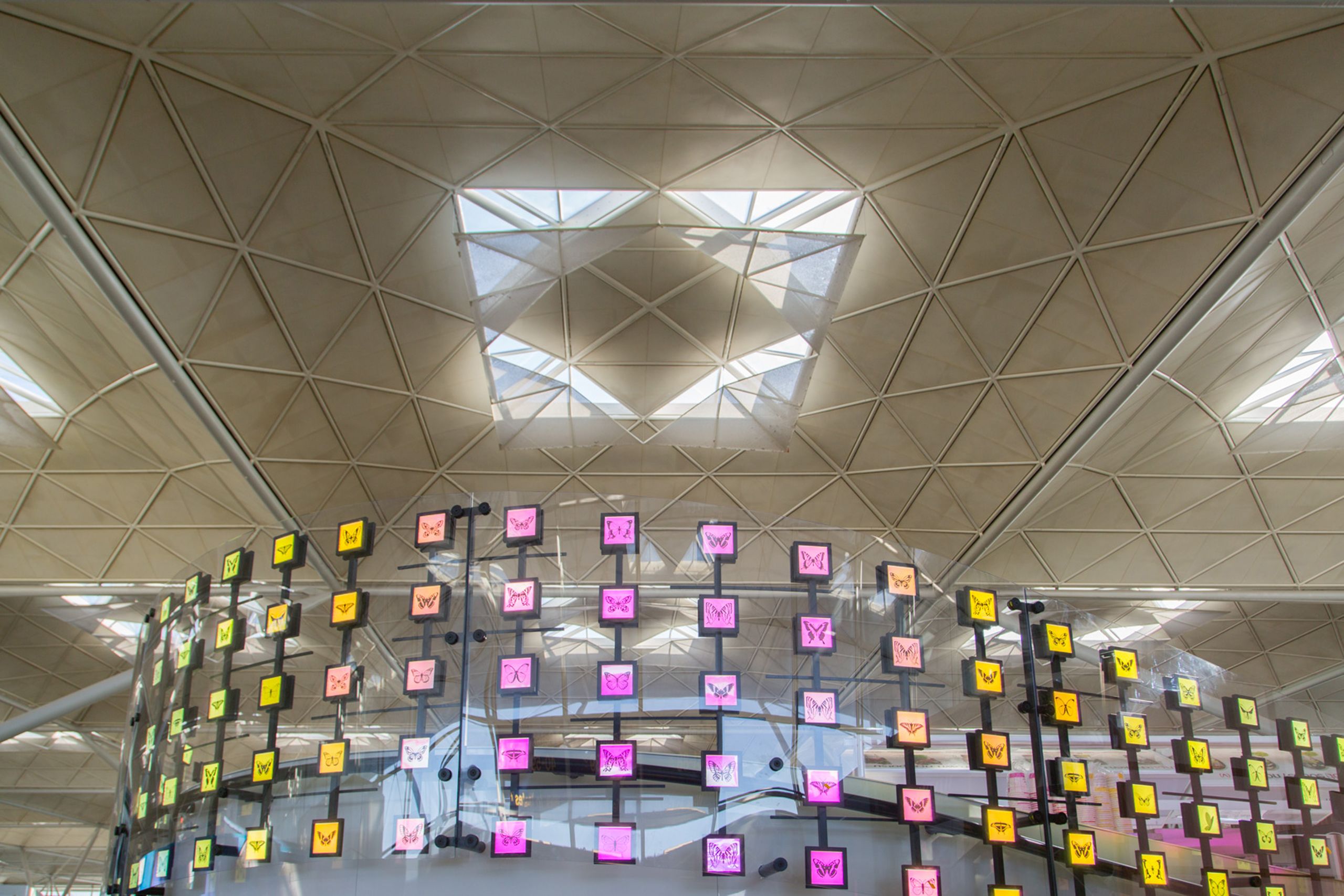