The UFO flew in along the coast from the nearby town of Sopot, and then circled the centre of Gdansk. The UFO made its startling and surprising appearance soon after sunset. It appeared to be covered in lights displaying a series of geometric colour patterns.

”Untitled (UFO)” is an art project conceived by established New York artist Peter Coffin. Cinimod Studio was hired to realise the project, and produced an innovative structural, technical and electrical design and oversaw the fabrication and assembly. The UFO made its inaugural public appearance on 4th July 2008 as a part of the Festival of Stars in Gdansk, Poland.

Cinimod Studio already has a reputation for creating innovative lighting and structural designs, but with the UFO project design director Dominic Harris has quite literally pushed the envelope and taken lighting design to new heights. The photos and video links published here are record photograph of the preparation and the flights, and have not been modified beyond basic colour and exposure corrections.

To realise the UFO, Cinimod Studio worked closely with a multitude of specialist suppliers, and monitored the progress via regular workshop visits. A “transfer of technologies” saw electronic and mechanical designs developed for a standard application re-appropriated and modified for integration within the UFO project.

The overall UFO structure is 7 metres in diameter and manufactured of aluminium for lightness. 3000 bright and individually controllable Color Kinetics LED nodes have been arrayed across the structure and are controlled via a solid state computer. An on board 6 kw generator provides the system power, and the overall UFO can be remotely controlled via SMS messaging. 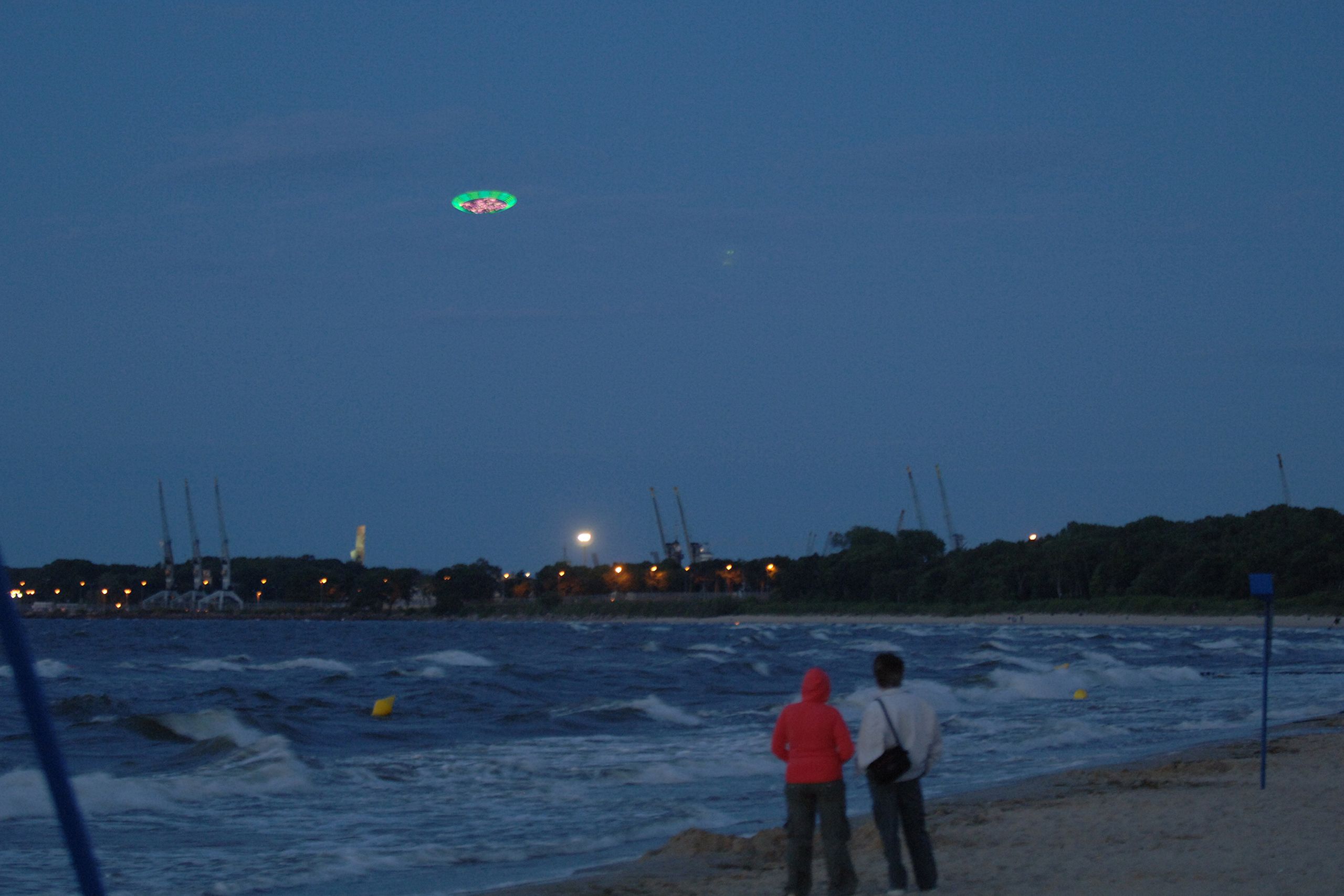 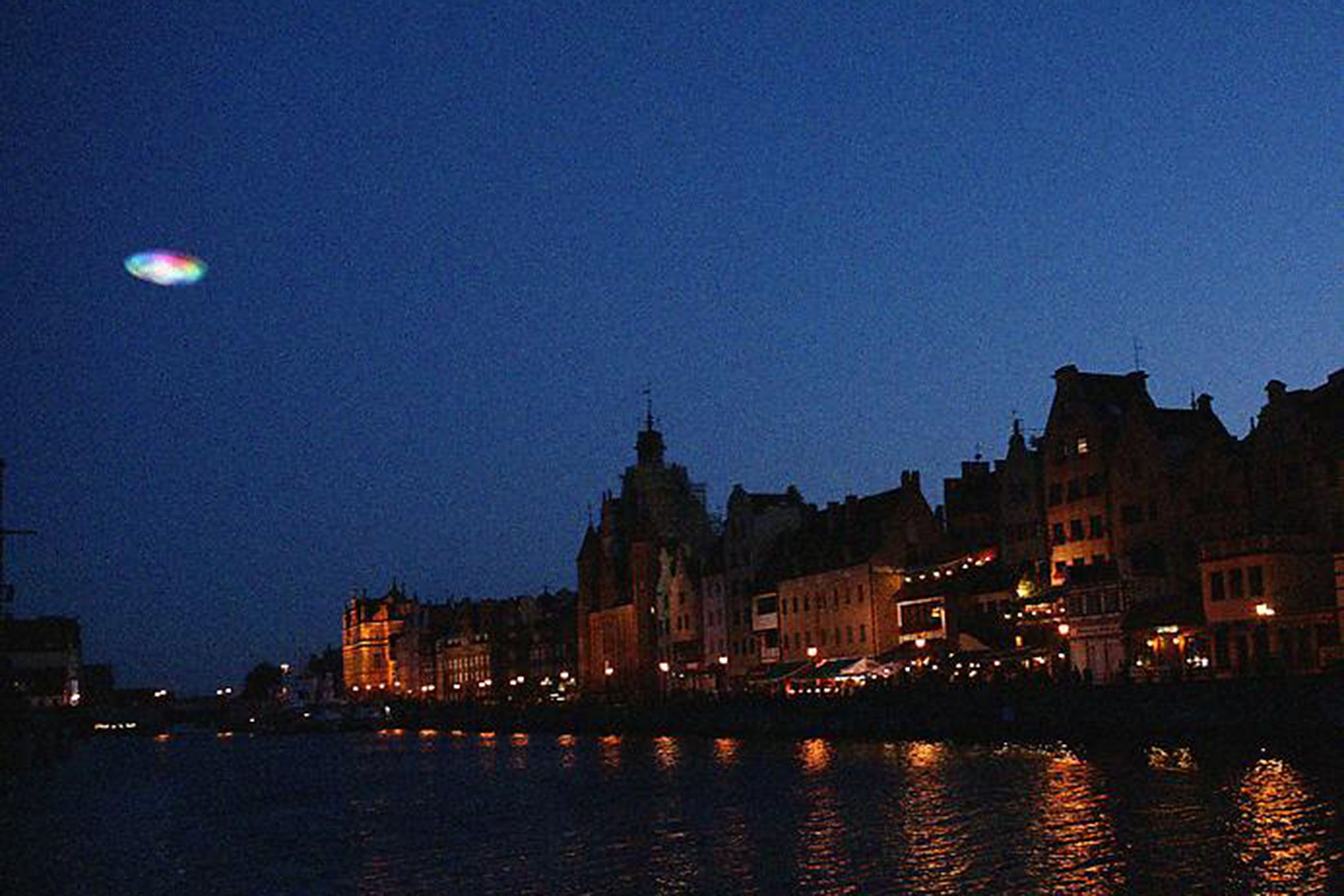 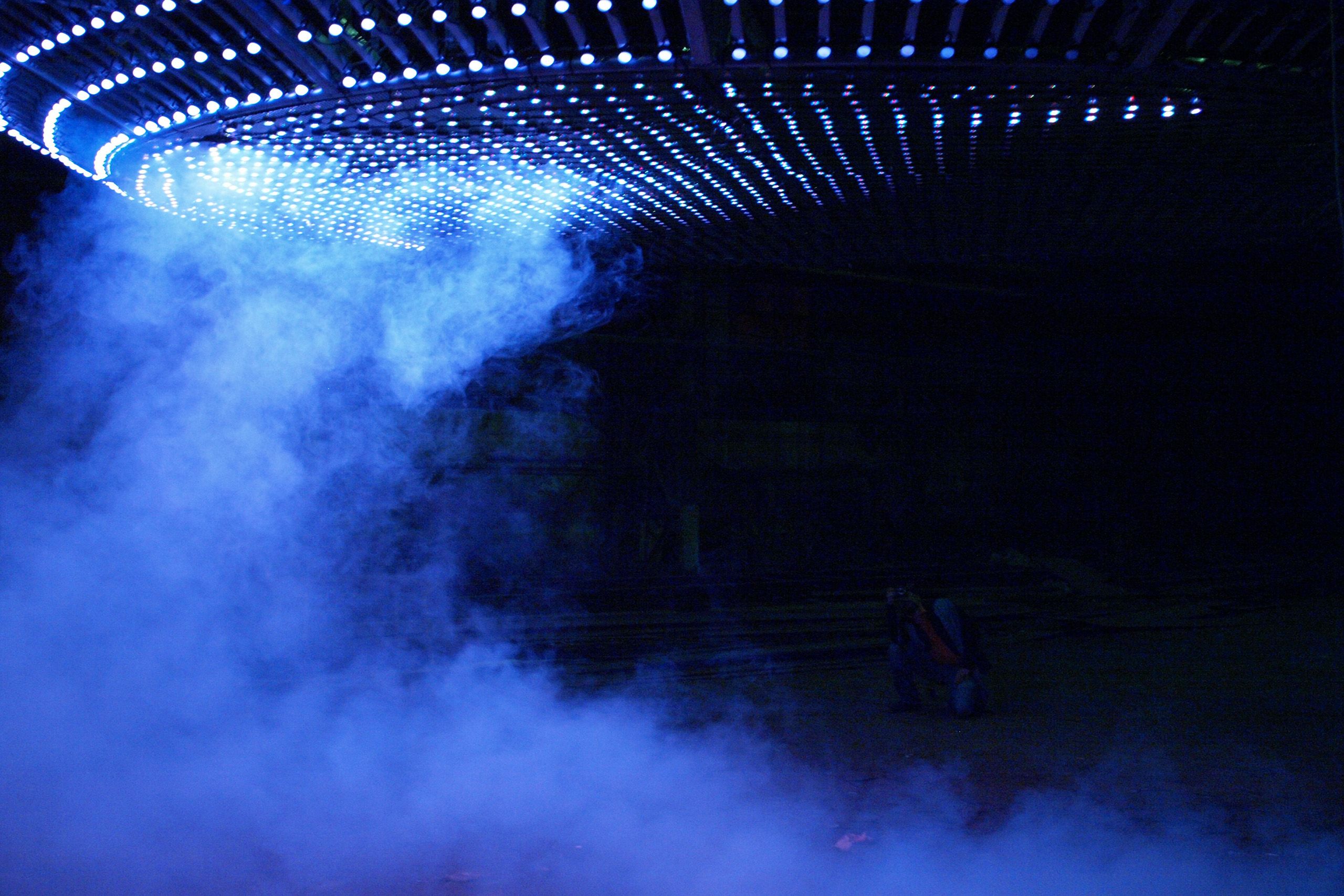 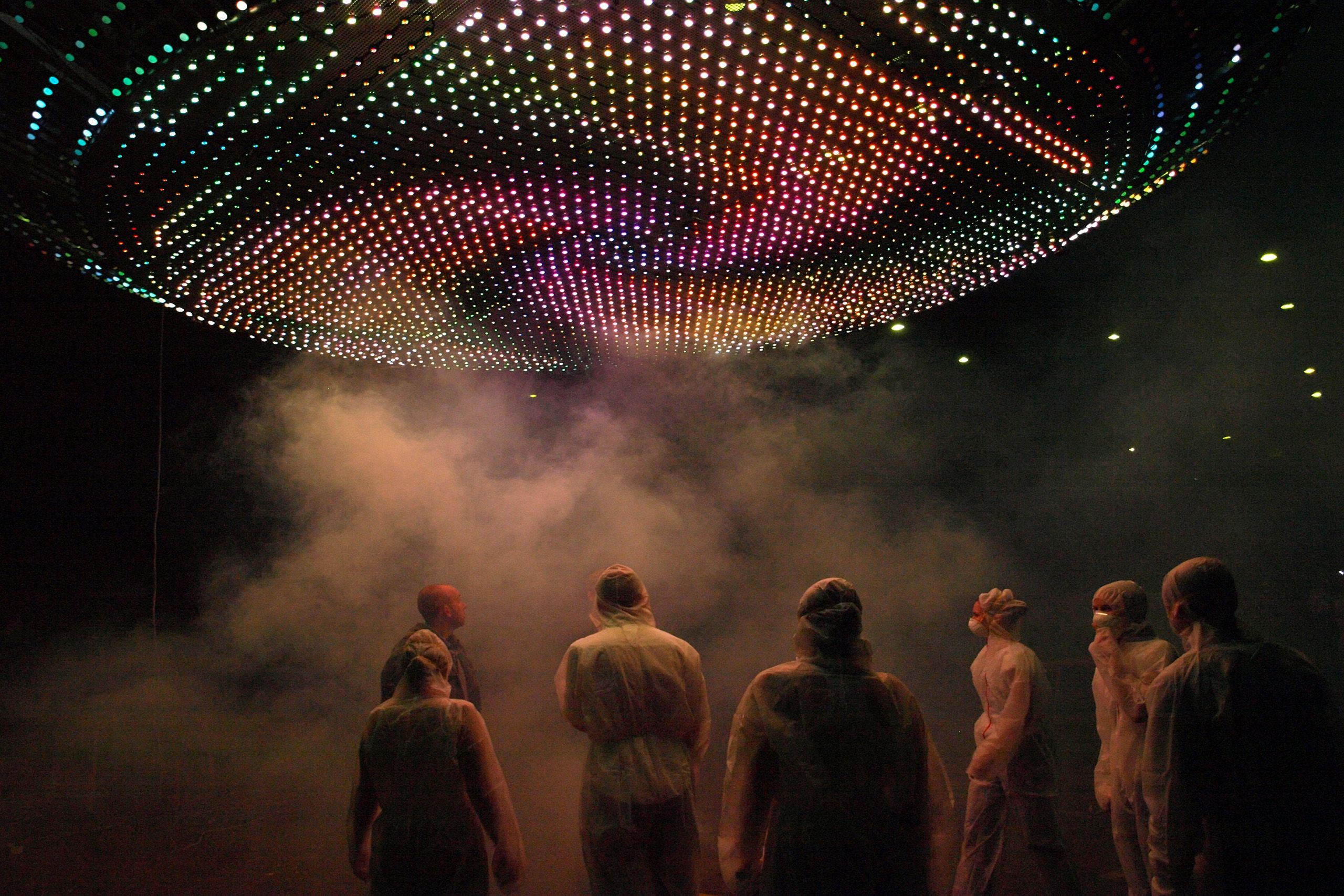 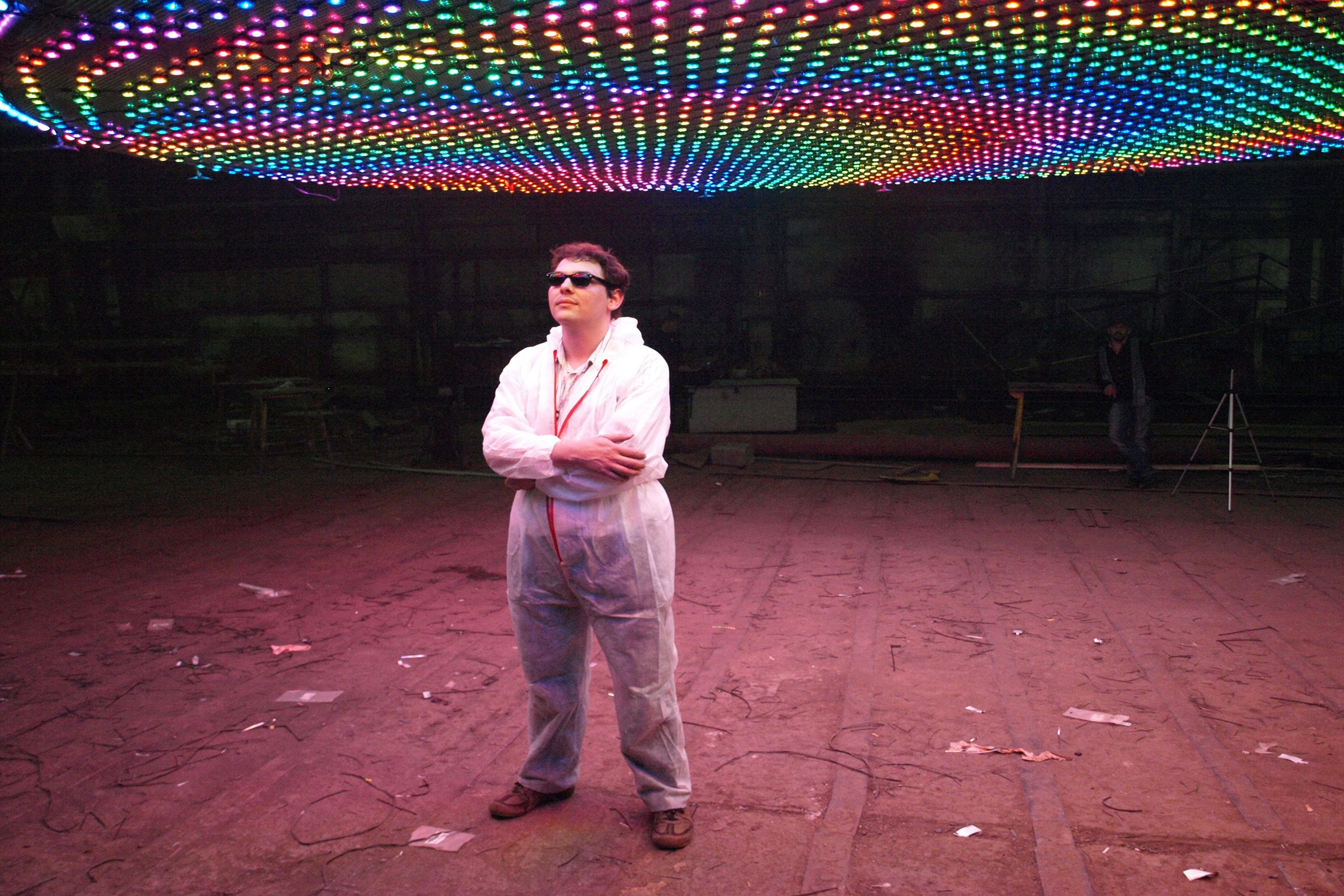 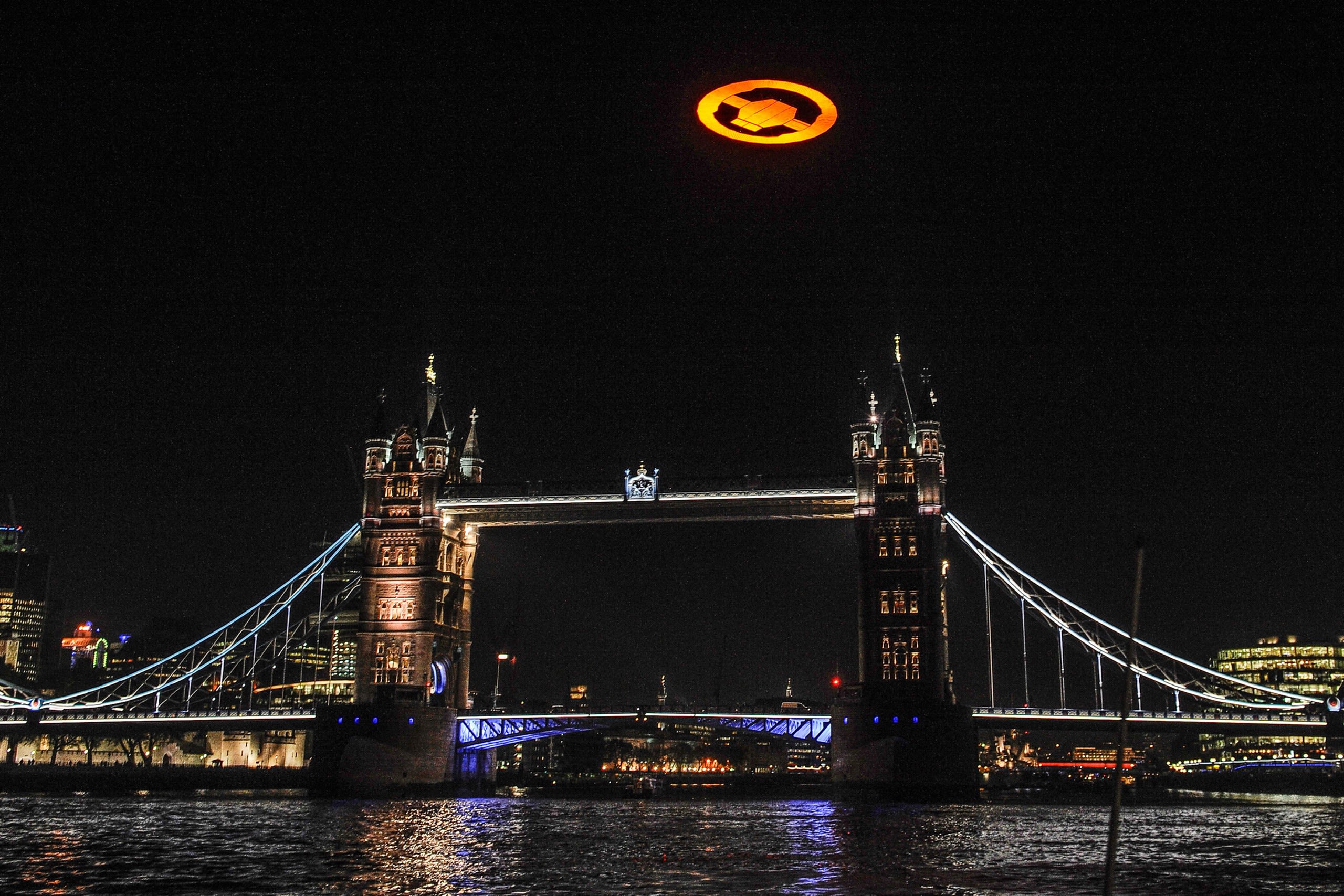 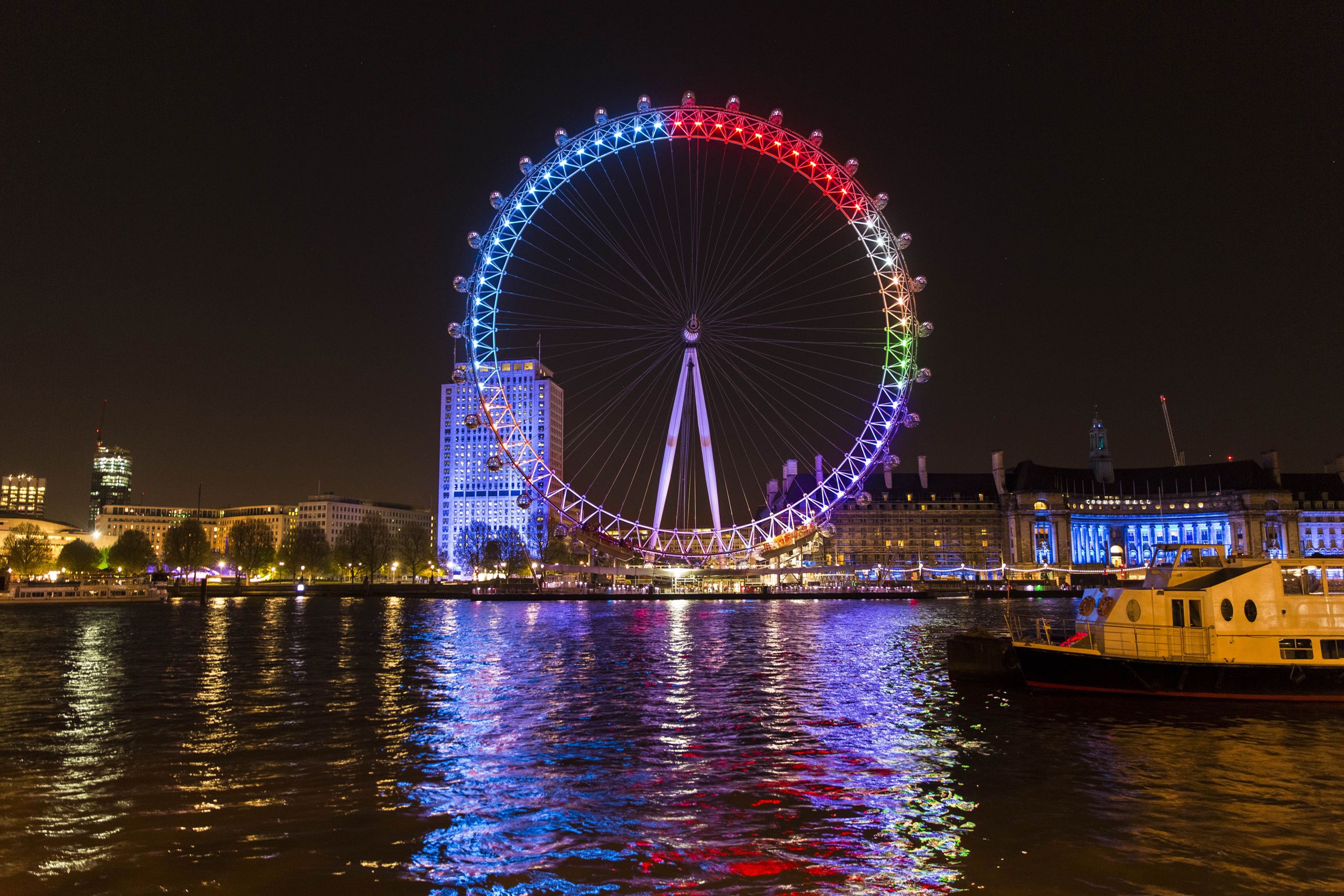 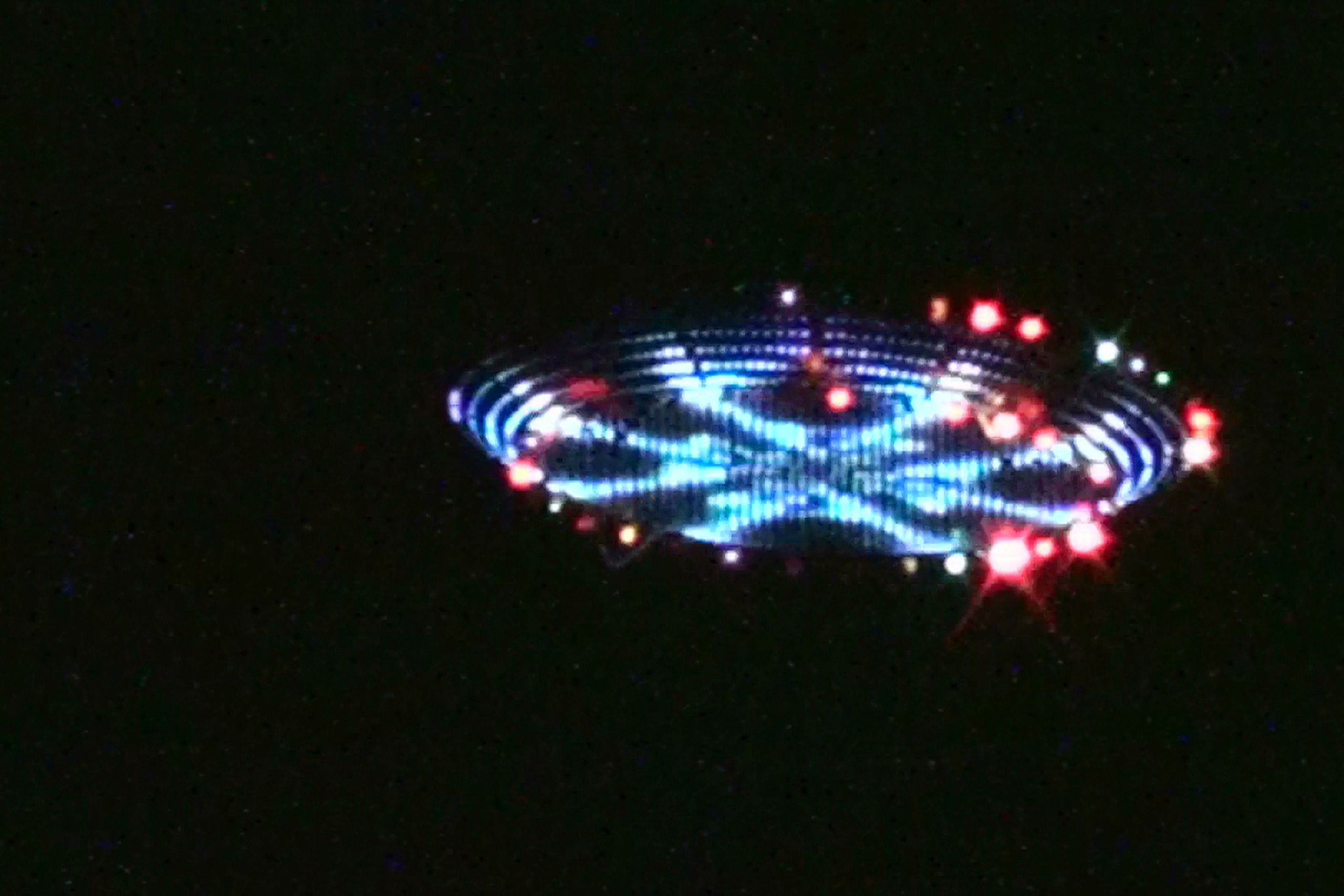